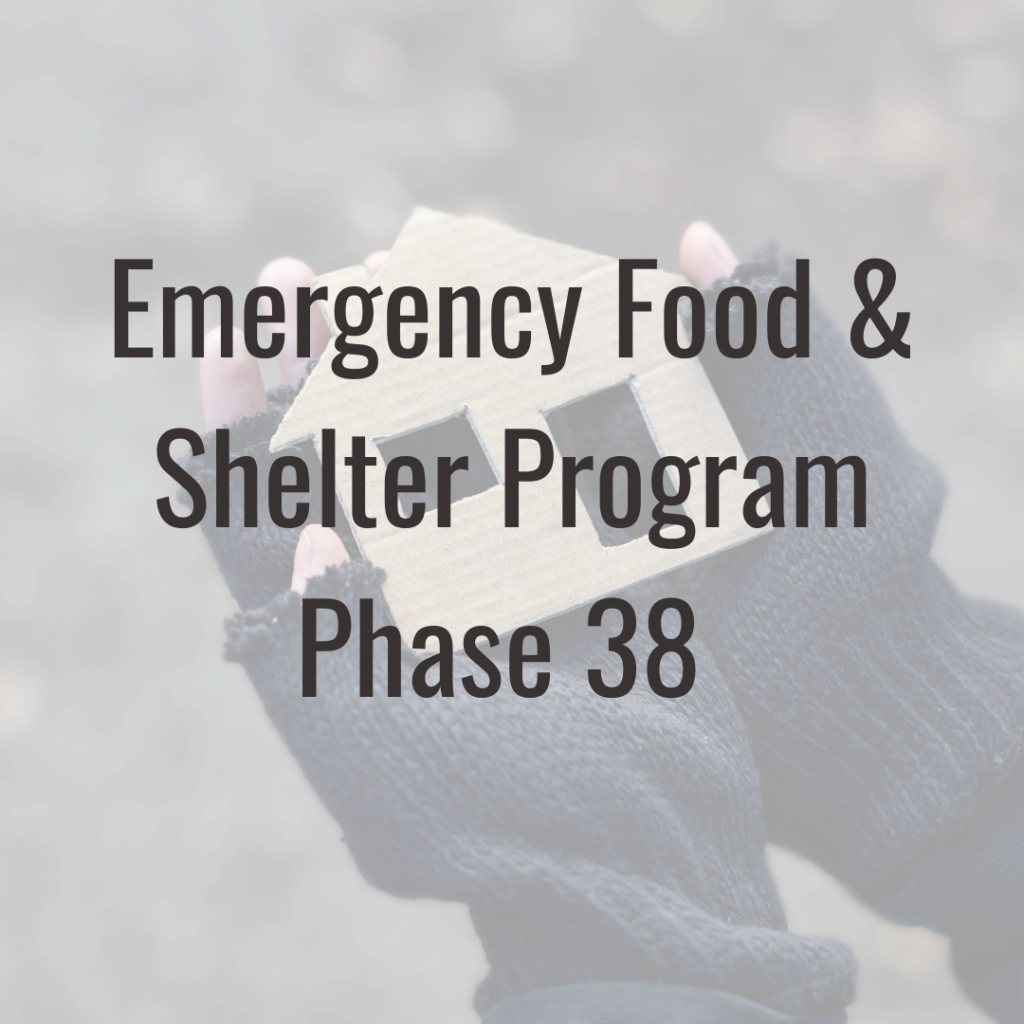 Nonprofit organizations that provide emergency food, shelter, rental or utility assistance in Gwinnett County are invited to apply for federal funding under Phase 38 of the Emergency Food and Shelter Program (EFSP).

For further information, contact Renee Byrd-Lewis at 770-995-3339 x209 or rbyrd.lewis@gwinnettcoalition.org. The application must be received at the Gwinnett Coalition office by Monday December 14, 2020 by 4:00 PM.

Nonprofit organizations that provide emergency food, shelter, rental or utility assistance in Gwinnett County are invited to apply for federal funding under Phase 37 and Phase C.A.R.E.S of the Emergency Food and Shelter Program (EFSP).

For further information, contact Ellen Gerstein at 770-995-3339 x207 or ellen@gwinnettcoalition.org. The application must be received at the Gwinnett Coalition office by Friday, May 15, 2020 by 4 PM. 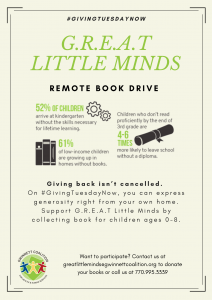 G.R.E.A.T Little Minds is joining #GivingTuesdayNow by hosting a remote book drive throughout the month of May. The idea behind this fundraiser is to encourage community members and organizations to go through their own supplies of books and donate them to the program. In addition to hosting this book drive, the G.R.E.A.T Little Minds Program has already donated over 4000 books to families in Gwinnett County through local food drives.

Need Help? Know Someone Who Does?

Donate to the Gwinnett Coalition

We Aim to Help!

The Gwinnett Coalition for Health and Human Services is a public/private partnership whose mission is to facilitate collaboration that improves the well-being of the community.

We accomplish this mission by identifying needs and resources, setting priorities, planning solutions, focusing on results and educating and motivating the community to action.