Nothing but the Truth: The Value of Community Connections 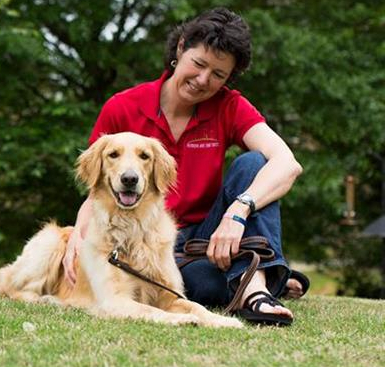 It all started with a dog named Truth. When the little wriggly ball of yellow fur stared straight into Scarlett Rigsby’s eyes, right after Rigsby prayed for clarity on which of the eight puppies to pick, it was the beginning of a nonprofit that would help thousands of children and their families. Rigsby had seen, from her 18 years working with the YMCA, how dogs can change someone’s day and was looking for a new ministry partner. Rigsby put down the puppy she had been holding and picked up HER puppy. She named her new Golden Retriever “Truth” and took her faith and her dog and began meeting people where they were – serving them and helping change their lives. Out of that, Nothing but the Truth was born.

Since that day in 2010, Nothing but the Truth has grown to serving over 1,000 Gwinnett and Clayton County public school students every week through their weekend food bag program, helping homeless families get back on their feet by providing Truth’s Home, offering medical and dental care at Truth’s Community Clinic, and providing homework help, ESL classes, and life conversation groups at Truth’s Place.

Over the years, the Gwinnett Coalition for Health and Human Services has helped connect NBTT with resources, volunteers and more.  “The Gwinnett Coalition’s Great Days of Service has helped raise awareness around what we are doing as they brought different groups to help and some of those people have started coming year round,” Rigsby said. “They also helped connect us with community partners who help pack and deliver our weekend food bags.

“It’s been a great partnership to help raise awareness among the community and business partners and has really helped connect the dots between needs and how we’re addressing those needs.” 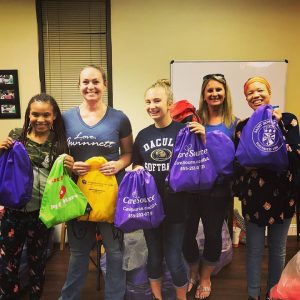 In fact, NBTT took over a program the Gwinnett Coalition piloted a few years ago, the Swag Bag Project. The project provides access to feminine hygiene products and health information to middle and high school girls living in poverty in Gwinnett. The Gwinnett Coalition had discovered that students were missing school because they didn’t have the supplies they needed each month

“It’s an important project because once we can reduce absenteeism there is a better chance of success academically,” Rigsby said.

For NBTT, the Swag Bag Project was a natural fit.

“NBTT began with a desire to work in our schools and have them tell us what the community needs are so we could meet those. So when Suzy Bus, the Gwinnett Coalition’s helpline director and a long-time friend, asked us to manage the project, it made sense. We already had a relationship with school counselors and this would allow us to expand to communicating with the school nurses.

“The Swag Bag Project has really exploded. The Gwinnett Coalition piloted it in three schools and now we’re in 40 schools in Gwinnett and Barrow (and expanding to Clayton County) and have provided well over 800 bags, 800 pairs of underwear and multiple resupplies of pads just this school year. It’s still primarily in middle and high schools but we’re finding that some of the elementary schools are also asking for bags. 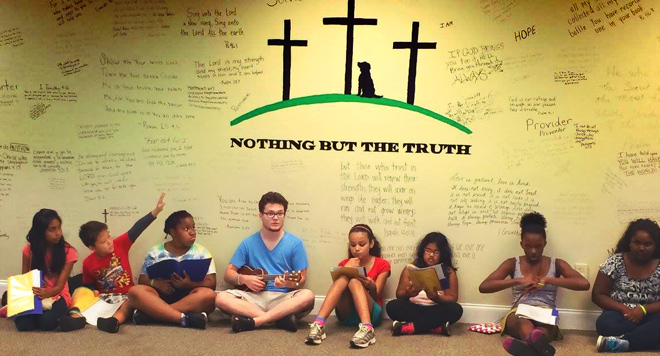 Though the Gwinnett Coalition doesn’t manage the project, it still helps support it by sending any donations that could be used for the Swag Bag Project to NBTT and helping connect interested volunteers.

“We can always use donations of new underwear in various sizes as well as pads, especially since those are one of our more expensive items,” Rigsby said. “We can also use volunteers to help assemble and then deliver the bags. With this program, we deliver bags usually once every two to three months so it’s not a huge time commitment for volunteers.”

To discover more about NBTT and how you can get involved, visit nothingbutthetruth146.org.